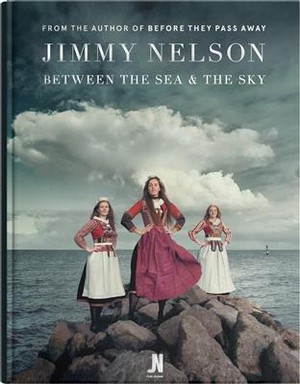 immy Nelson can usually be found in the farthest corners of the world. But in spring 2020, travel suddenly became impossible. So instead of flying around the world, Nelson stayed in the Netherlands, riding his bike all through the country’s fishing villages, polder landscapes and old fortified towns. This is where he discovered traditional Dutch dress and realized that it is just as unique as those of the Papuans or Maasai he had marveled at before.

Nelson decided to use this time of lockdown to capture the Netherlands as it never has before. In his new book, Between the Sea and the Sky, he depicts 20 communities in traditional dress and the environment that formed them – from Axel in the southwest to Hindeloopen in the northeast. The result reveals a key part of Dutch identity that has almost completely disappeared into oblivion. As a full immersion in the rich culture of his adopted homeland, Between the Sea and the Sky is also Jimmy Nelson’s most personal book to date.